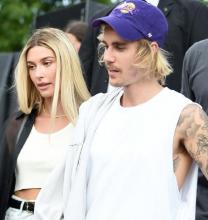 Justin Bieber does not eat a burrito like corn on the cob.

A Bieber look-alike partnered with YouTube channel Yes Theory to pull the prank on the gullible. They wanted to prove that “staging a story, as goofy as it was, can be done much more easily than most people can imagine.”

Yes Theory uploaded a 12-minute behind-the-scenes video of how they pulled off the stunt. The key was to hire Bieber look-alike Brad Sousa, who happens to be from Canada just like the original.

The new conspiracy floating around is that the behind-the-scenes video is a fraud. People suspect Yes Theory are major Bielebers. In order to protect their idol, they created a video after the photo went viral to make it appear the staged a stunt.